El Dorado County has a serious contamination issue which County officials, to date, have been ignoring and denying.  The contamination is in the pathway of a road being planned for a future retail strip mall.

There is a Grand Jury report on the illegal grading that may have released these contaminants.  Two major concerns are:

1)  The County continues to buy properties that have been contaminated, and

2) The County does not think it is their responsibility to notify adjacent property owners of the contamination. 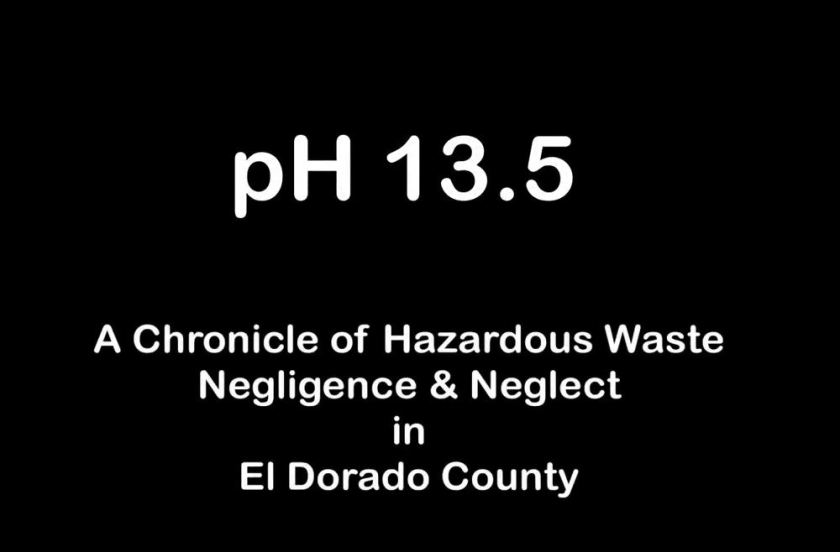 In 2010, the public challenged the County’s insufficient mitigation in the Draft Environmental Impact Report:

In 2011, property adjacent to the Diamond Springs Parkway project was illegally graded, as reported in the 2013-2014 El Dorado County Grand Jury Report:

In 2012, Fish & Game sent a letter of violation to the District Attorney’s Office:

In 2013, Fish & Game sent a letter of violation to Mr. Lindeman, the property owner:

April 8, 2015 notes by Cheryl Bly-Chester regarding El Dorado County Environmental Management Department sent to Board of Supervisors on April 9, 2015:

On January 18, 2016, Curtiss Weidmer, former El Dorado County Health Officer and Director of Health Services, sent a letter to the El Dorado County Board of Supervisors and District Attorney: 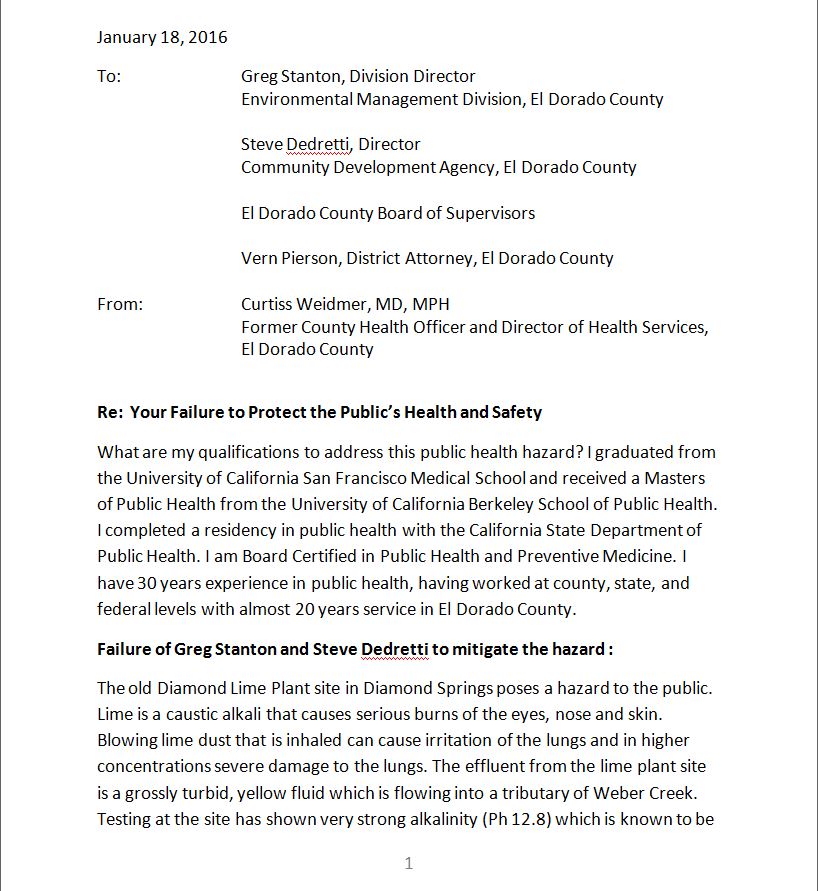 Result of pH samplings submitted to Board of Supervisors during Open Forum of January 26, 2016 meeting: