Congressman McClintock and seven colleagues have asked the U.S. Fish and Wildlife Service for an extension to the public comment period on the proposal to list the Sierra Nevada yellow-legged frog and the mountain yellow-legged frog as endangered species, and  the Yosemite toad as a threatened species.  The extension would be to ensure that public input is maximized and the effects of this proposal are fully understood. 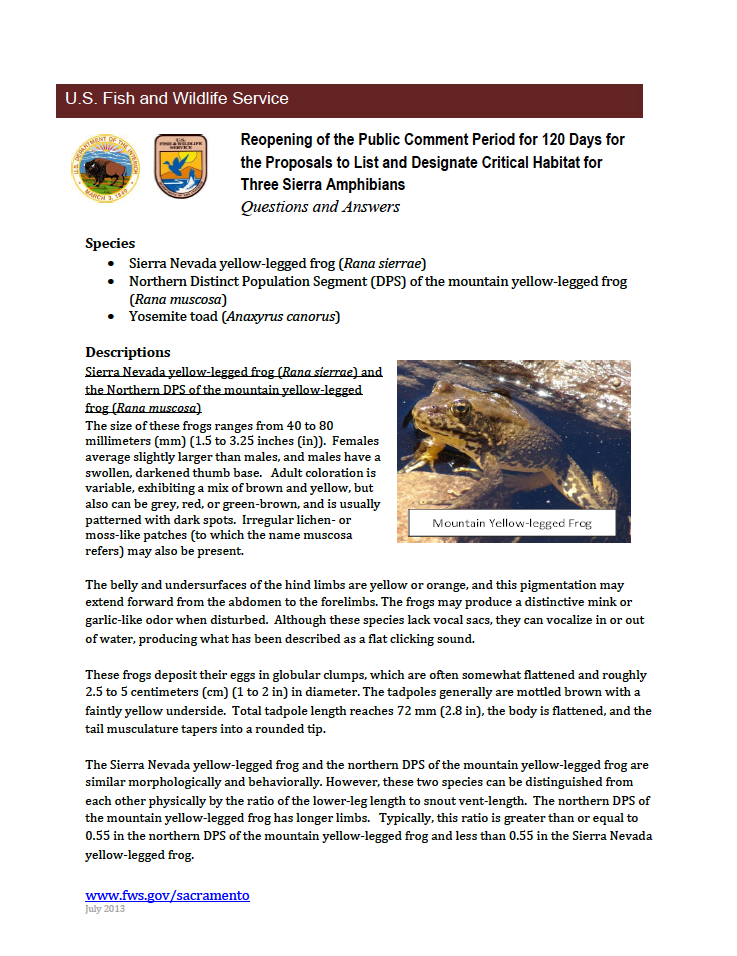 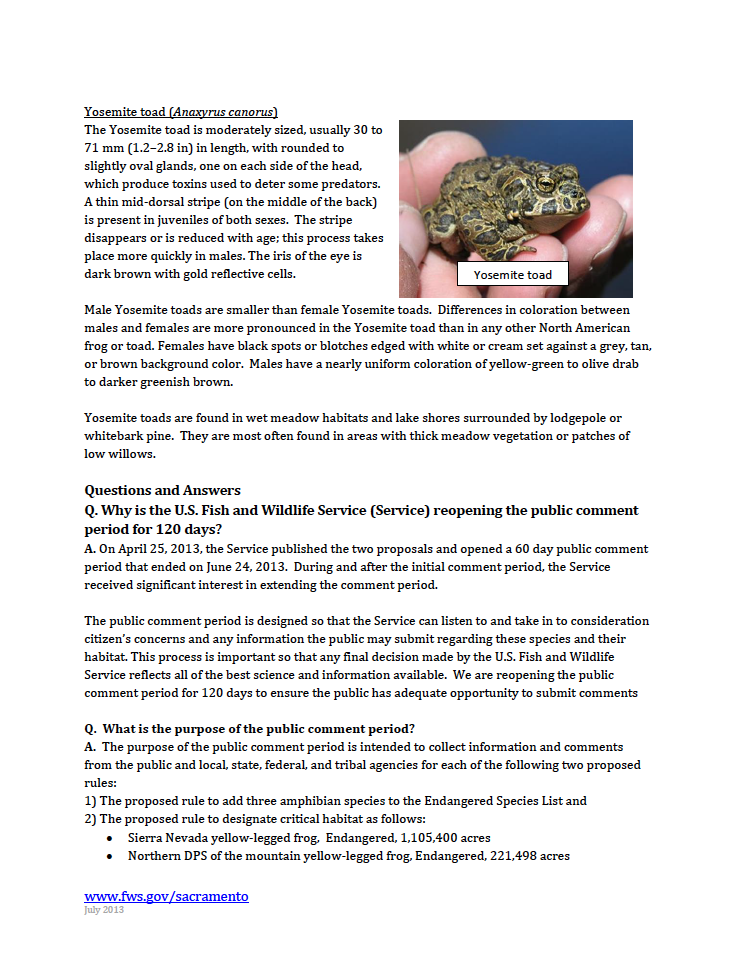 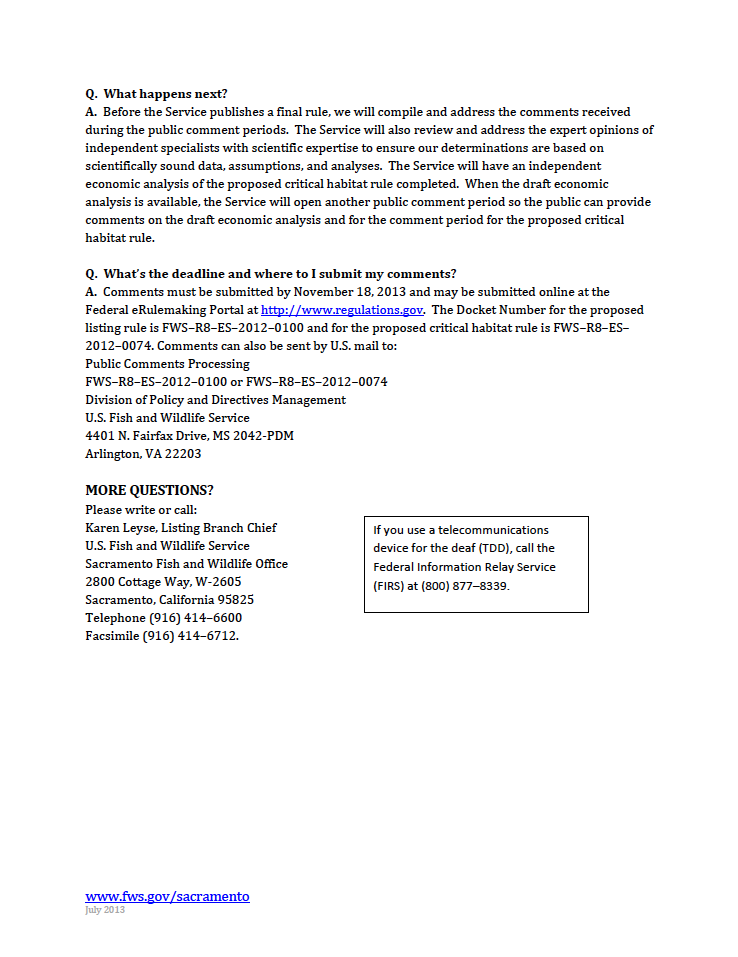